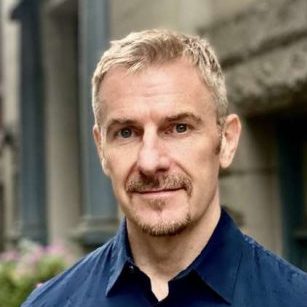 CEO (‘Chief Empathy Officer’) of The Inclusion Imperative, Geffrye Parsons (he/him) uses his experience, skills and knowledge to help commercial organisations, and their leaders, harness the power of inclusion as a key strategy for organisational learning and superior business outcomes. He has a particular expertise in LGBTQ+ inclusion, and its intersectionality with other marginalised characteristics.

Geffrye (usually known as just “Geff”) is a thought leader and driver of positive change in the DE&I space. He focuses on challenging received wisdoms to foster cultural reinvention, and encourages business learning by promoting the value of authenticity, empathy and psychological safety in the workplace, through diagnostic and advisory work, as well as speaking, training, coaching and mentoring engagements. A frequent speaker about DE&I, he also co-hosts a fortnightly podcast, ‘Pride Talks’, on the theme of LGBTQ+ inclusion every two weeks on LinkedIn Live with ExecuPride.

​Geff has extensive experience of leading inclusion initiatives, including training, coaching, mentoring and awareness campaigns, especially for LGBTQ+ inclusion. As well as prioritising an intersectional approach, he brings the benefit of a practical, commercial perspective – he worked in senior front office roles in the financial and professional services industries for 35 years prior to launching The Inclusion Imperative in 2022.

​As a Managing Director and long-standing chair of the LGBTQ+ employee resource group at his former employer, Macquarie Group, Geff took them from outside the top 300 to #1 the Stonewall Workplace Equality Index 2022, making Macquarie officially the UK’s most LGBTQ+ friendly workplace. Under Geff’s leadership and direction, Macquarie also won the inaugural Business Equality award at the PinkNews Awards in 2018, in recognition of its exemplary commitment to LGBTQ+ inclusion, and was shortlisted as a Top Ten Inclusive Employer by the British LGBT Awards in 2022.

​Individually, Geff has been honoured with the following accolades: