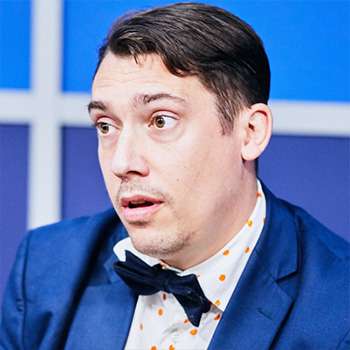 Adrian has over twelve years of Equality, Diversity and Inclusion experience, both public, private, and political arenas. In August 2017, Adrian joined enei (Employers Network for Equality & Inclusion) researching, developing and implementing the key global resources of the Knowledge Bank, network group and strategic approach to training whilst leading the Global Membership Proposition which went live in April 2018 and currently now has 36 worldwide Global organisations as Members of enei Global as of January 2021.

Since August 2016, Adrian has also worked voluntarily in the House of Lords as the Equalities Research Advisor to the Liberal Democrat Equalities Spokesperson Baroness Hussein-Ece, which has broadened his knowledge and understanding of different strands of equality; race (ethnic minorities), gender and disability issues, in addition to his continued activism on behalf of the LGBT+ community.

Adrian chaired LGBT+ Liberal Democrats on two occasions from 2010-2013 and again in 2016 and was Honorary Vice President from March 2015 to September 2019. He also became the first openly HIV+ parliamentary candidate to stand at a UK General Election on March 30th 2015. He has championed same-sex marriage, fully inclusive LGBT+ sex and relationship education in schools, as a way to prevent bullying, mental health issues, lowering suicide rates amongst young LGBT+ people, preventing homophobia, biphobia and transphobia in sport, supporting LGBT+ refugees and asylum seekers, allowing gay and bisexual men (MSM) to donate blood to name but a few.

He Chaired the Pride in London Community Advisory Board in 2016 and 2017 and Sports representative from 2014 before becoming Chair. He has also been a special advisor to the Metropolitan Police in an advisory capacity for their LGBT+ Advisory group since 2011.

Alongside his LGBT+ work, since 2018, Adrian has Chaired Liberal International British Group which is a Member party to the wider Liberal International Organisation, based at the National Liberal Club, which also entails being a member of FIRC (Federal International Relations Committee) for the Liberal Democrats. He speaks Italian and French and has global experience from working with legal and financial services in the City, as well as an individual member of the Alliance of Liberal Democrats in Europe (ALDE) and a Member of the LGBTI Liberals.